Everything You Need To Know About Purple Weed

Just by looking at it, you know that there’s something special about purple weed that makes it stand out among the rest. If you’re meeting with your like-minded friends and someone pulls out a shimmering nug with hues of purple, you can be sure that you’re dealing with some serious dank.

Traditionally, most purple weed strains are Indicas, and they will leave you couch-locked for hours, provide pain relief, and manage insomnia. However, some breeding programs mix these purple strains with Sativa genes to cut down the drowsiness.

We’ll explain everything about purple weed, so read on.

Purple cannabis is simply a cannabis plant with a purple coloration. Usually, we tend to associate these violet-tinged flowers with Indicas that have a calming profile. Nowadays, however, there is plenty of variety in purple weed strains at your local dispensary.

Purple strains don’t turn purple because of an imbalance or hidden nutrient deficiency. The color results from the effects of water-soluble compounds called anthocyanins. The reason why some strains of weed turn purple and others don’t is just these anthocyanins.

Anthocyanins belong to a specific category of molecules called flavonoids that can affect the pigments of plants without affecting their flavor. This particular flavonoid can turn plants into a range of colors, such as blue, black, red, and purple.

Cannabis plants that contain anthocyanins only start to turn purple near the end of their growth cycle, when chlorophyll begins to reduce. As the anthocyanin level increases, the leaves, stems, and flowers gradually change from green to purple.

The amount of anthocyanin inside the cannabis plant will affect how purple the plant becomes. Different environmental and genetic factors will also determine how much of the flavonoid is released, such as soil nutrition, cold weather, and maturation length.

However, these factors might not be enough to change the plant’s color in some cases. That’s why cannabis breeders breed special strains with higher levels of anthocyanin so that they become purple every time.

Anthocyanin has therapeutic properties. It acts as an antioxidant to fight against free radicals. It also helps reduce inflammation associated with chronic pain and can manage tumors and chronic degenerative disorders, such as Alzheimer’s, and even diseases like glaucoma.

Besides anthocyanin, there are other factors that can influence the color of the marijuana plant.

During the early phase of growth, you’ll notice that your plant will have a bright green coloration. You need to wait until the flowering stage to see if there are other colors. As the decreasing amount of light exposure forces the marijuana plant to flower, you may notice a color change in the leaves of certain species.

This process is known as senescence, and it becomes more intense as the flowering stage goes on. Once the plant matures, the production of chlorophyll slows down or even stops. At this point, the plant will use its resources to help ripen the flower, so the leaves will wither and die.

The temperature also plays a vital role in the color of cannabis. By exposing your plant to cold temperatures for a prolonged period, you can inhibit the production of chlorophyll. Since chlorophyll can mask other colors, reducing it will activate secondary pigments like anthocyanins.

But if the concentration of anthocyanins is still low at cold temperatures, then carotenoids will most likely appear. This will result in beautiful orange or yellow shades instead.

In addition, the pH and nutrient levels in the plant’s growing medium dictate the color of the cannabis. For example, if you’re using a hydro setup, you should keep the pH between 5.5 and 6.5, while for soil, the best range is 6.0 to 6.8. But if the pH level is maintained close to 7.0, purple colors may appear.

Meanwhile, if the pH level goes below 5.5, a reddish color is more likely, and if the pH exceeds 7.0, blue colors will become prominent. As for the nutes, reduce the amount of phosphorus you feed your plant if you want red weed. However, don’t reduce it too much or it can lead to a deficiency.

A marijuana plant has hundreds of genetic characteristics. Therefore, some strains can develop and show secondary pigments, while other strains will never showcase colors other than green.

There’s no guarantee that the strain will give a purple coloration. Usually, the word “orange” in a strain’s name refers to the color of the plant’s hairs, while “white” relates to the plant’s trichome production.

Myths and Facts about Purple Weed

Let’s take a look at some of the myths and facts about purple strains.

Myth 1: Purple weed is the result of too much nitrogen.

Nitrogen is essential for marijuana plants to grow. It’s one of the primary macronutrients that cannabis plants need at different stages of their growth. Since it’s a macronutrient, it means that your weed needs an abundant amount of nitrogen to thrive.

However, some growers believe that giving an excessive amount of nitrogen can make your cannabis plant purple. This is simply not true. In fact, you’ll get brown instead of purple nugs if you feed your plant too much nitrogen.

Myth 2: Watering plants on a specific schedule can make them turn purple.

Some people believe that watering a cannabis plant using a specific schedule or not watering them at all for a certain period can make them purple.

This myth doesn’t consider that cannabis plants can grow in the wild under varying conditions with different water availability. A plant can adapt to fluctuating amounts of water and won’t make them yield purple flowers.

The intensity of the light can determine how fast your cannabis grows during the vegetative phase as well as how quickly it flowers. However, stories are going around that with extended lighting and higher light intensity, one could end up with purple weed.

Fact 1: Anthocyanins are responsible for the purple in weed.

As mentioned earlier, anthocyanins are phytochemicals that belong in the flavonoid group, and they’re responsible for the purple, red, or blue pigments found in lots of plants besides marijuana.

For a strain to develop a purple coloration, it must have the genetic material to produce anthocyanin pigments, on top of other environmental conditions.

Fact 2: Purple weed does not have superpowers.

People often seek purple weed strains believing that they can get an all-new experience. But is there really anything special about purple cannabis? Unfortunately, there’s no scientific evidence to show that purple-colored cannabis is different from other strains.

Moreover, the potency of weed relies firmly on its genetic makeup. For example, if you feel that Purple Haze makes you feel super relaxed, sad to say, it has nothing to do with its color.

If you’re interested in growing purple cannabis, then you have to consider these two factors. First, you must cultivate the right seeds with the genetic potential to produce anthocyanins. Otherwise, it’s virtually impossible.

When you have the correct seeds, the next step is to provide the right temperature to induce the purple color. Expert growers recommend mimicking the cool fall weather outdoors during the flowering phase. Just like other plants, the leaves of the cannabis plants that contain anthocyanins will change color during the fall.

Purple marijuana strains are rarer than the traditional green plants. They’re fun to grow and will produce buds that can surely impress your friends. Here are the some of most popular purple weed varieties:

This strain came from crossing Big Bud and Purple Urkle to create a true legend. As expected, this plant has a deep purple color that almost appears black. It has a distinct berry aroma and taste.

This strain is a combination of Purple Afghani and Hindu Kush. It can melt away tension and bring you to a state of pleasant heaviness. It smells of fresh berries and grapes while also filling a room with dank earthiness.

This hybrid is a blend of Sunset Sherbet and Thin Mint Girl Scout Cookies, and it’s known for its incredibly potent buzz. It’s one of the strongest purple strains and has uplifting and healing effects. The flavor is complex, with notes of berry and citrus.

The strain gets its distinct purple coloration from Mendocino Purps, Skunk, and the original Afghani strain. Named for its grape aroma, it also has a sour lemon zestiness that complements sweet berry. Its powerful sedative effects can be used to alleviate insomnia.

This strain’s origin is unknown, but we can guarantee that it’s an excellent weed. This variant is fruity and juicy with a dank, skunky aroma that complements the sweetness. The effects start on a mellow high, then sends you to a world of ecstasy. When the high wears off, you’ll feel relaxed and sleepy.

This strain is named after the Jimi Hendrix rock classic. It’s a fruit-flavored Sativa-dominant hybrid that’s perfect for hanging out with like-minded friends. It delivers a solid high while keeping your mind clear, making it an excellent choice for studying or doing menial tasks.

This variant is the result of crossing Grandaddy Purple and Larry OG. It has both Indica and Sativa qualities to give you wonderfully balanced effects. It combines a full-body stone with a cerebral high. Once the mind-rush subsides, you’ll feel cozy and ready for a night of deep sleep.

Purple cannabis strains are rarer than green weed, so it’s no wonder that their mouthwatering-looking purple buds have a reputation for being superior compared to others. That being said, growing purple weed does take a bit of skill to get the best result.

In general, the primary reason for choosing colorful cannabis is its appearance. However, it’s a mistake to associate the color with potency. Though purple weed is more visually appealing, it doesn’t really have added benefits compared to the more common green buds.

If you’re growing your marijuana for the first time, you’ve … 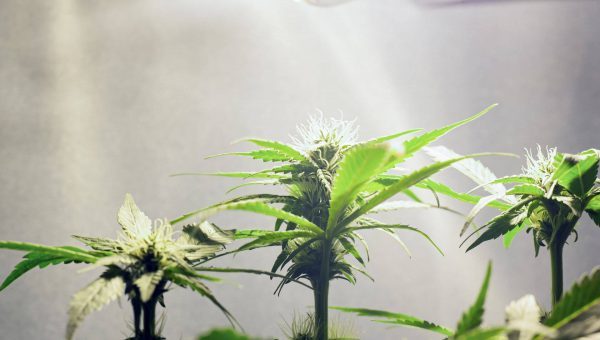 Do you live in a small apartment? Or do you … 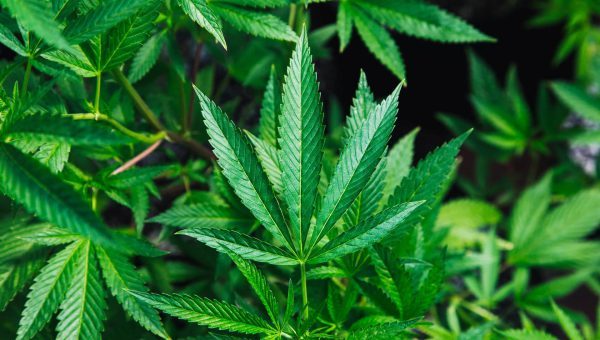 What Is Super Cropping? And Everything You Need To Know About It

Cannabis growers are always searching for ways to maximize their …