A Guide on How To Pack a Bowl of Weed

Among the different ways to smoke cannabis, using a bowl is the most popular. Since the bowl is a mainstay in cannabis culture, knowing the proper steps to pack and smoke one is necessary if you’re an enthusiast.

Whether you’re packing a pipe or bong for a solitary smoking sesh or sharing in a group, you have to be aware of the following facts and tips to level up your smoking experience.

What is a bowl?

A bowl is one of the primary components of a pipe or bong. It’s the rounded-out part where you pack in the cannabis. At the bottom of the bowl, you can see a hole leading to the body of the pipe. When you burn the marijuana and inhale through the mouthpiece, the smoke will travel into the hole, through the pipe, and into your lungs.

Before we proceed with the details on how to pack a weed bowl, you should first be familiar with these two smoking instruments: the pipe and the bong. Though the process of packing weed doesn’t differ much, the process of guiding the smoke varies. Furthermore, the bowl on each device looks and works a bit differently.

A smoking pipe uses a bowl and an airtight channel to deliver the smoke through the mouthpiece. On most pipes, you’ll notice a hole on the side of the bowl, which is called a carb. As a secondary air channel, it plays a vital role in controlling the airflow. Covering it causes the smoke to build up in the chamber, then when you release it, airflow allows you to clear the smoke from the chamber by inhaling.

The pipe can usually filter out the ash, but many prefer to use a screen to keep the weed from sneaking into the smoke. Smoking pipes come in different shapes and sizes, including the typical chillum, bubblers, and spoon pipes. You can choose the one that works best for you, based on its capacity and your level of consumption.

On the other hand, a bong directs the smoke to a water chamber to cool itself. The result is a smoother smoke. The bowl of a bong usually doesn’t have a carb. Instead, you control the airflow by sliding the entire bowl in and out of the bong’s downstem.

Some bongs, however, come with carbs on the chamber, and the bowls can’t be removed. Hence, it’s best to check your apparatus before lighting up.

How do you pack a bowl?

First, you have to prepare your basic cannabis gear. When everything is ready, you can proceed with the steps.

Steps for packing a bowl:

The buds won’t burn properly if you light them whole. It’s important to grind them for a smooth smoke. Tiny pieces of the same size that burn more evenly can be attained by using a grinder.

To use a grinder, grab a bud and place it in the chamber where the grinding teeth are located. Put the cap on, then twist it back and forth until the nug is ground.

If you don’t have a grinder, you can use sharp scissors or your hands to break the bud into small, evenly-sized pieces.

Once you’ve ground the cannabis, place it into the bowl. Gently tamp it down with either your finger, the flat end of a lighter, or a tamping tool. Don’t pack it too tightly, or it will be difficult to pull the smoke from the bowl into the pipe. Too much weed can also clog the hole on the bottom of the bowl.

Hold your pipe over a plate or tray while you’re packing the weed so that you can easily gather any pieces that fall out.

If you’re using a pipe, hold it in one hand with your thumb covering the carb hole. Then, put the pipe to your lips. With your other hand, use a lighter or hemp wick to light a corner of the bowl. Once the weed is burning, pull the flame away and start to inhale gently.

When you’re about to inhale fully, remove your thumb from the carb and give it a big drag. All the smoke that has built inside will go into your lungs.

When using a bong, place your lips on the bong’s mouthpiece, then put the flame to the cannabis in the bowl. Gently inhale to accumulate the smoke inside the chamber. When you’re ready, remove the bowl from the downstem and inhale sharply.

If your bong has a carb on the side of the chamber, use it the same way as a pipe.

When all the weed has been burned, throw away the ash so that your bowl can be repacked.

What are the dos and don’ts of packing a bowl?

Now that you’ve learned the steps, let’s discuss some dos and don’ts when packing a bowl.

Over-grinding can result in powdery weed that can pass through the pipe or bong and into your mouth. Also, the perfect grind means that you don’t have to turn the bud around in the bowl to burn it fully.

Do remove the seeds

You should remove the seeds before packing. Not only will these tiny particles block the airflow, but they’ll also have a negative effect on the herb’s flavor.

Do remove the bowl when packing

If it’s possible, remove the bowl from the smoking instrument when you pack it. This can save you from accidentally dropping the pipe or bong. The sound of a beautiful glass bong breaking can be painful.

Do use a screen

A pipe screen is essential. The only time you don’t need a screen is when the bowl’s hole is very small, and there’s no way for the weed to pass through.

You can keep reusing your pipe screen until it gets clogged. You can buy pipe screens at the nearest tobacco shop, and they can last a long while. But if you’re preparing to hit your bong or pipe and realize that you’ve run out of screens, there are some alternatives you can find at home.

For example, you can twist a piece of thin wire of a paperclip into a coil and place it in the bottom of the bowl. You can also use a faucet screen cut into the right size. Just make sure that it’s made of steel and not plastic.

If a pipe screen or any of the alternatives we mentioned isn’t still available, you can grab a small piece of stem that can block the bowl’s hole.

When rolling a joint, you should get rid of the stems since they can clog up the cigarette, block airflow, and tear the rolling paper. However, stems are rich in THC too, so why not reuse them for other purposes?

Another common mistake when packing a bowl is packing it too tightly, which can block the airflow.

When it comes to the amount of weed you need, it depends on the number of smokers.

You should use a clean pipe or bong every time you smoke, so make sure to clean your gear as often as you can. It only takes a few minutes to remove the burned bits and ash that could affect the flavor of the fresh weed.

What are the best bowls on the market?

Here are the four best bowls that can provide a smooth hit and are extremely durable:

This 3-piece innovative pipe uses heat-resistant magnets to hold the pieces together. The interior has an air-cooling system that can reduce the temperature of the smoke. The design also prevents unwanted material from getting to your lungs.

This model can be opened easily and cleaned using alcohol wipes. The piece on top is a lid that slides to open the bowl. It uses a waterless filter to give a higher quality of smoke than the usual pipes. In general, it gives an authentic yet smooth experience.

Though this product is marketed as a tobacco pipe, you can also use it for cannabis. It comes with a built-in butane lighter, meaning you don’t have to search the entire house for a lighter to burn your weed. Moreover, it’s small enough to use with one hand.

It’s made of high-quality stainless steel and aluminum, so you won’t have a problem in case you drop it. The bowl can hold sufficient cannabis flower to enjoy a whole day of smoking, making it ideal for regular tokers. It’s discreet and comes with its own cleaning tools, protective case, and screen.

This pipe is made from borosilicate glass, and it looks like a grenade. The design is not just for aesthetics, but it also allows you to grip it comfortably and pack a bowl of weed easily. Aside from its grenade-like grooves, you’ll also notice that the bowl and handle are shaped like a grenade pin.

The pipe measures 4 inches long, and it can fit in one hand. You won’t want to throw away this grenade.

This pipe is part of the well-known Snoop Dogg Pounds range. It’s a glass piece with an exotic design, yet it’s easy and simple to use. However, the main concern of some users is that this product is fragile. Although the borosilicate glass won’t break easily, you should avoid dropping it.

This item is small enough to fit into your pocket, and it features a flattened mouthpiece. The bowl is big enough to contain a reasonable amount of weed, and it has a built-in honeycomb screen.

With practice, you can master the art of packing a bowl of weed. You can use the abovementioned steps as your guide, but feel free to experiment and try new things. Take note of the things that work and don’t, and don’t forget to share your experience in the comment box below.

MORE IN: How To 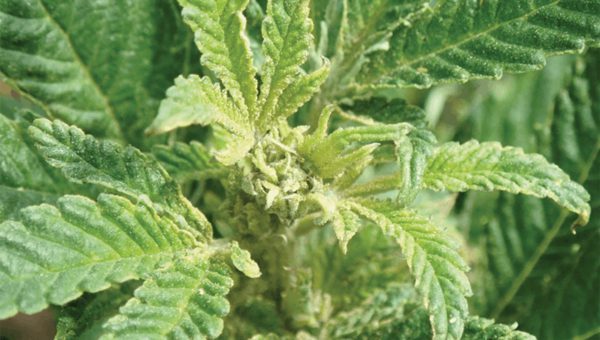 How To Control Russet Mites on Cannabis Plants

There is no doubt that the marijuana industry is booming. …

A Guide on How To Roll a Backwoods Blunt

A blunt provides a unique smoking experience. Combining your favorite … 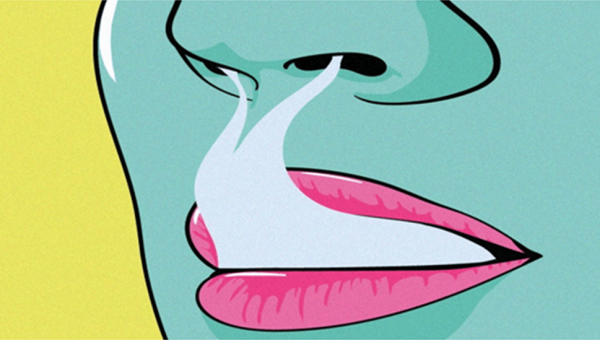 How to French Inhale: Origins, Steps, and other Smoking Tricks

Every toker has their favorite vaping trick. Some people love …